This follows on from our inquiry into place value. The students had been talking about division and multiplication of decimals as being a simple issue of just having to move the decimal point. I wondered if after looking more conceptually at place value their thinking about this may change, or they may at least accept a challenge to it. We started again with a student generated number and some questions around that number – this time they came up with the questions.

One of the questions I then prompted them to was how we could make this number using multiplication? To which they all said they couldn’t as the number is too big. 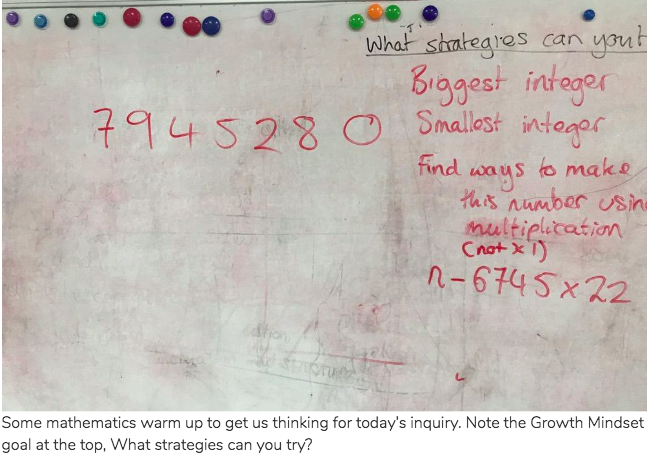 They started using strategies to work it out and were more successful than they could have hoped for initially! 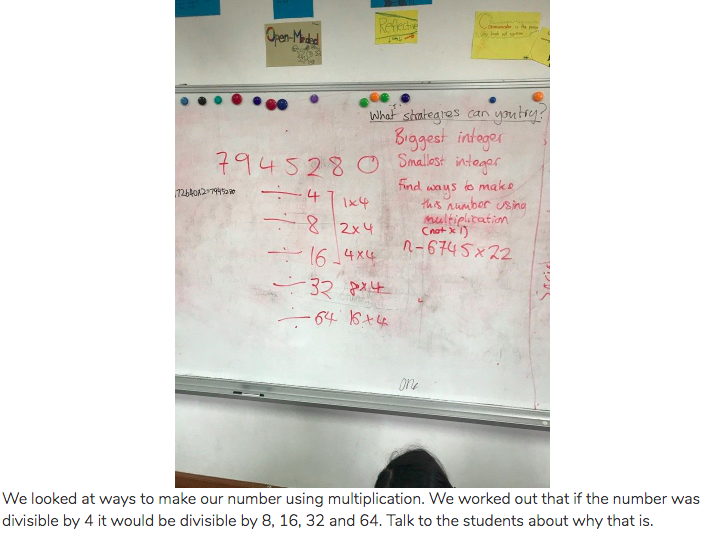 They realised that the number was also divisible by 10 and then started talking about that decimal point so I posed the question: ‘can a decimal point move? Why or why not?’ The next question below I added after a while of back and forth. Some were saying yes it could move, others saying no that it was the numbers that moved and one or two hedged their bets and said both could, although they couldn’t say how that worked!

The photos are screen shots of what I uploaded to Seesaw. The students decided that because the decimal point holds the place between the units and tenths it can’t move. The connection to their previous thinking about place value helped them to reach these conclusions.

They wrote reflections illustrating their thinking and then recorded it onto Seesaw. The quality of thought was, again, impressive.

It makes me think about the power of our words and how we describe things to students. Can we move a decimal point, or at the very least blithely say we can to make division easier, without the discussion about place value? I don’t think so, do you?

“I’m sure the Bursar would not agree with those figures,” said the Senior Wrangler sourly.
“That is so,’ said Ponder, “but I’m afraid that is because he regards the decimal point as a nuisance.”
― Terry Pratchett

PS. You may be pleased to know that since I took these photos I have found a way to clean the board more effectively!

Published by Juggling Approaches to Learning

On a journey as PYP Coordinator, ELA teacher, and PYP Workshop Leader. Juggling jobs, learning and loving what I do. View all posts by Juggling Approaches to Learning

2 thoughts on “The dilemma of the decimal point”

This site uses Akismet to reduce spam. Learn how your comment data is processed.